The Face of Canada

THE FACE OF CANADA IS CHANGING

Unquestionable, Canada is a demographically multicultural country, with 20.6% of its population originating from foreign states. Furthermore, as one of the most diverse cities in the world, home to persons from over 120 countries, Toronto continues to attract people from all walks of life, ethnicities, religions, languages, and cultures. Canada is a country for immigrants, built by immigrants. Waves of immigrants have swept its shores over the years, each one facing its own peculiar challenges. Post World War II saw large numbers of Europeans flee to Canada in search of a new home. The majority were Caucasian and either Catholic or Protestant. Almost everyone arrived by boat and settled in various parts of Canada.

Since then, the centre stage of global conflict has now shifted to other parts of the world. Africa, Asia, the Middle East and Latin America are areas where human-induced suffering takes place on a massive scale and has forced the displacement of millions of people searching for ways to survive and places to live in relative peace. Canada offers such an environment. The present wave of immigrants to Canada is neither Christian nor Caucasian. They are coloured; Hindus, Buddhists, Muslims, Sikhs and from every other type of religious background and the majority of whom are from Asia, Africa and the Middle East whose mother tongue is neither English nor French. In fact, of the 250,000 newcomers to Canada every year, less than one percent are from Europe. Ten percent of this number is refugees. Toronto itself is home to a large number of these newcomers and together with Vancouver and Montreal, account for most of them. Current population trends indicate that the visible minority in Canada would not be a “minority” anymore in a hundred years.

THROUGH THE EYES OF A NEWCOMER

When I came to Canada, everything appeared so big. The roads, the buildings, the trains, the shopping malls, everything. Back home I am used to simply driving in the direction of where I want to go when I want to get to a particular place. But here, if I want to go west, I must first drive east, get off the ramp and only then proceed. This is totally foreign to me and confusing as well” says a newcomer from Mauritius, “it is not the way we are used to driving back home . . . Here, signs matter a lot, there, our driving is impulsive.”

Newcomers come to Canada for many reasons. Some seek a better future for their children, some because they face economic hardships in their country of domicile, others seek to reunite with family and yet others simply want refuge from persecution and conflict. A recent longitudinal research of about ten thousand new immigrants over the past five years reported that the majority of them were very pleased with their decision to come to Canada. They cited an environment of peace, the presence of relatives and friends and greater opportunities as reasons they came to Canada.

Certainly, there are fundamental differences between immigrants and refugees. One group comes to Canada out of choice while the other does not. Immigrants arrive with some basic financial resources; refugees do not. Immigrants do not necessarily bring the emotional and psychological baggage that may be a significant part of a refugee’s persona. However many of the challenges faced by these persons are common. Ask a newcomer to name some challenges and one is sure to pick up common themes: the stark difference between Canadians and themselves, isolation, finding adequate employment and the weather.

From riding a bus (having a bus with no conductors is strange to most persons) to waiting patiently in line to board a train are practices not many are used to. Even simple acts (to the seasoned Canadian) — such as figuring out how things work such as food dispensing machines, or how to order at a McDonald’s drive-through — takes some getting used to.

Many immigrants and refugees to Canada arrive with no social capital at all. Whatever they built up in their home country was left behind. Re-starting a new life for those who were once well established in their home country is a difficult challenge. And yet, for many, beginning life all over again is much more desirable than facing the hardships back home. 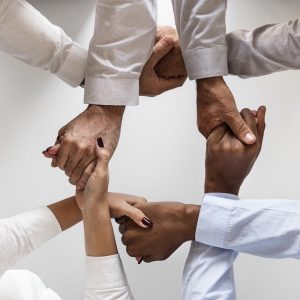 Canada’s immigration system selects the brightest and best from the world and allows them to come to Canada as skilled workers. The “points” awarded by visa posts overseas to select immigrants are primarily weighted towards education, language (English or French) and age. Consequently those with high education levels stand a better chance of immigrating to Canada. It is not uncommon therefore that doctors, engineers, PhD qualified individuals are allowed into Canada with their families. However, this is where the biggest challenges of integrating and settling lie for such people. Canada does not recognize these professional qualifications. For such professionals to work in their fields, they have to go back to school and re-qualify before they can even begin being considered for a position. A popular quip among Canadians is that the best place to have a heart attack is in a taxi since it’s bound to be driven by a doctor.

Canada accepts about 25,000 to 30,000 persons per year as refugees or as persons who have humanitarian and compassionate grounds for remaining in Canada. Of this number, about 10,500 are selected from refugee camps and brought to Canada either on a government program or through a private sponsorship program. These individuals and/or families are granted permanent residents (PR) status when they arrive in Canada. For details of the private sponsorship program please visit the Government of Canada’s website.

Others who find their way to Canada and make a claim for asylum are invited to appear before the Immigration and Refugee Board of Canada (IRB) which determines whether their claims are credible. Those found to be genuine refugees are granted permanent protection and could apply to become permanent residents. Canada’s acceptance of such persons has reduced drastically over the years and currently is around 10,000 such persons annually. The process from making an asylum claim to being granted PR status could take anywhere between 8 to 120 months.

*Article minorly edited to remove missing or dead links that could not be found or replaced.

Note from the author: As we strive to improve our service to our readers, please send your comments (however short or long) about this article to chrispullenayegem@gmail.com. All comments will be treated respectfully and in the strictest confidence.